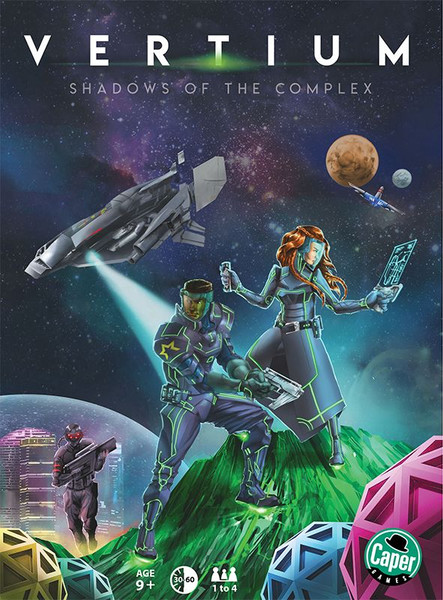 Soar Space Force Captain John Brooks: Log 2373-9 The Complex crushed all opposition on Earth, the Moon, and Mars, and banished the remaining rebel factions to Pluto and Charon. We established our makeshift colony on Charon and explored the region. We discovered the Royal Martian Federation (RMF), the Hielo, and the Myst; and made contact. Although historical rivals, we worked together to survive the frigid conditions, stockpiling resources and launching probes across the Milky Way. One probe returned compelling data from the Copernicus System in Quadrant 1. Coper has a yellow dwarf star and an intriguing group of planets. A dazzling radioactive element, that we named Vertium, was discovered. Our physicists think it could heat our colonies, and upgrade weapons and armour. As word spread, the rebel groups bolted for Coper. The fragile cooperation evaporated. Each faction is now out for itself - claiming planets and mining Vertium. The stakes are clear: for whoever controls the Vertium will control Coper and perhaps the galaxy. Brooks out. VERTIUM is a quick and tactical space colonization game for 1 to 4 players. Players are faction Commanders directing their Captains to claim planets and mine the powerful radioactive element Vertium. As influential moons orbit the colonized planets, additional Vertium is gained. However, you'll have to be wise and courageous, because your rivals have their eyes on your spheres and resources. Prepare for conflict. There are 2 expansions included as well as SOLO rules. ** Expansion #1 - NEW DISCOVERIES: A new discovery has been made in Coper! Some planets contain a different radioactive element: Gelbon. Combined with Vertium, it powers a planetary weapons system named CUBE (Cubic U-Beam Emitter). Expansion #2 - SHADOWS OF THE COMPLEX: Through traitors and spies, the dreaded Complex has learned about the Vertium and tracked down the Rebels in Coper. The Complex has dispatched a squad of giant killer robots (aka the Titan) to eliminate their adversaries once and for all. To stand any chance of survival, the Rebel factions will have to lay aside their differences and work together.