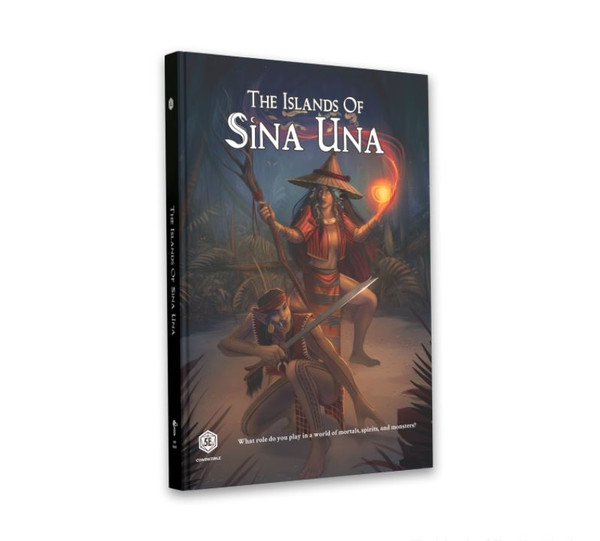 Bakunawa rose from the sea, her scaled and slick and massive form rising up over cities and mountains, her teeth glistening and her eyes filled with desire, and she opened her mouth wide. The moon, Mayari, looked on as the Celestial Eater grew closer and closer, stopped only when Haliya arrived and struck the great serpent with her sword. Haliya's mask reflected the warrior goddess' rage as she fought the serpent back into the sea, forcing it to retreat. It would only be a matter of time before an attempt on the moon's life would be made again, be it Bakunawa or one of the other Celestial Eaters. And as she laid to rest, she knew both herself and the mortal races would need to be ready.

The Islands of Sina Una is a new Campaign Setting for 5th Edition that pulls from precolonial mythology and culture of the Philippines. In the time since Bakunawa's last attack the mortal races that inhabit the island recover slowly as life goes on. While some do battle with the monsters that roam these lands, others work as intermediaries, communicating between spirits and deities to help protect and guide their people. And yet, there are still others who choose to align with the terrible Celestial Eaters, to destroy the moon and bring about the end of all things.

What role do you play in a world of mortals, spirits, and monsters?

MSRP:
Was:
Now: $57.99
-OUT OF STOCK- please contact us about ordering this item

The Griffon's Saddlebag Book One

Coyote and Crow: The RPG

Tales and Tomes from the Forbidden Library 5E

MSRP:
Was:
Now: $47.99
-OUT OF STOCK- please contact us about ordering this item