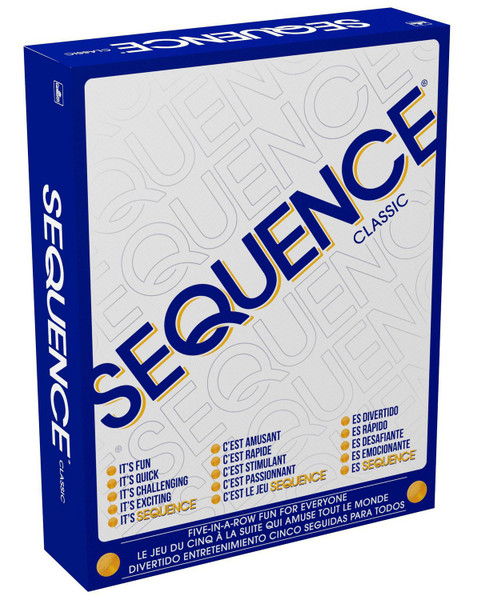 Sequence is a board and card game. The board shows all the cards (except for the Jacks) of two (2) standard 52-card decks, laid in a 10 x 10 pattern. The four corners are free spaces and count for all players equally. The players compete to create rows, columns or diagonals of 5 connected checkers placed on the cards that the player has laid down. Two-eyed Jacks are wild, while one-eyed Jacks allow an opponent's checker to be removed. The game ends when someone has reached a specified number of connections.

MSRP:
Was:
Now: $15.99
-OUT OF STOCK- please contact us about ordering this item