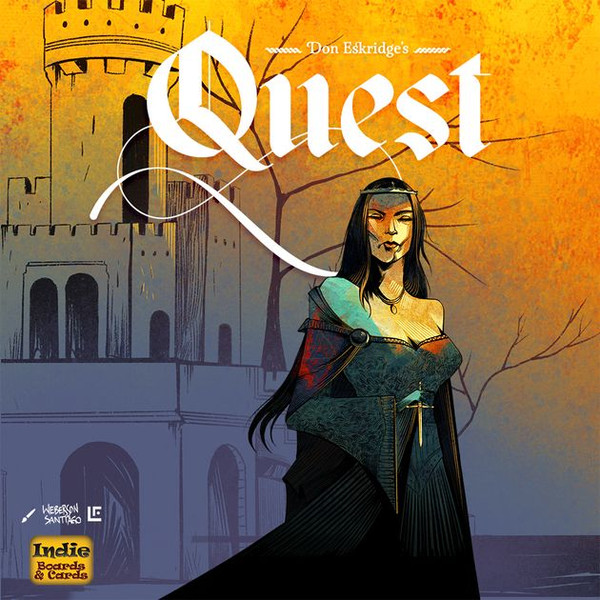 This is an entirely new game in the Avalon universe for 4-10 players.

In Quest, all will show their true colors as Good and Evil struggle for the future of civilization. Hidden amongst King Arthur’s loyal servants are Mordred’s unscrupulous minions. These forces of Evil are few in number, but if they go unknown, they can sabotage Arthur’s great quests.

Players are secretly dealt roles that determine if their allegiance is to Good or to Evil. Then, players debate, reason, and lie as they decide who to send on Quests—knowing that if just one minion of Mordred joins, the Quest could fail. Quest includes 25 different characters and many different ways to play the base game.

Descent: Legends of the Dark