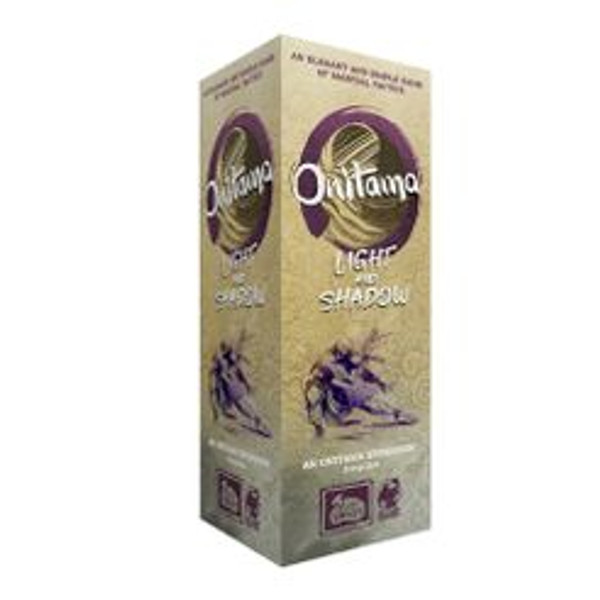 The third expansion for Onitama, Light and Shadow offers a new way to explore the elegant and simple game of martial tactics by introducing a new type of pawn: the Ninja! Unlike other pawns, the Ninja moves secretly, hidden from your opponent's view until they are ready to strike...

There are two ways to play Light and Shadow:

- Way of the Shadow is a symmetrical game in which each player deploys their own Ninja.

- Way of the Light is an asymmetrical game that pits one Ninja player against a traditional Onitama Master and Students player.

Shadows in the Forest

Shards of Infinity: Shadow of Salvation

MSRP:
Was:
Now: $22.99
-OUT OF STOCK- please contact us about ordering this item

MSRP:
Was:
Now: $6.99
-OUT OF STOCK- please contact us about ordering this item