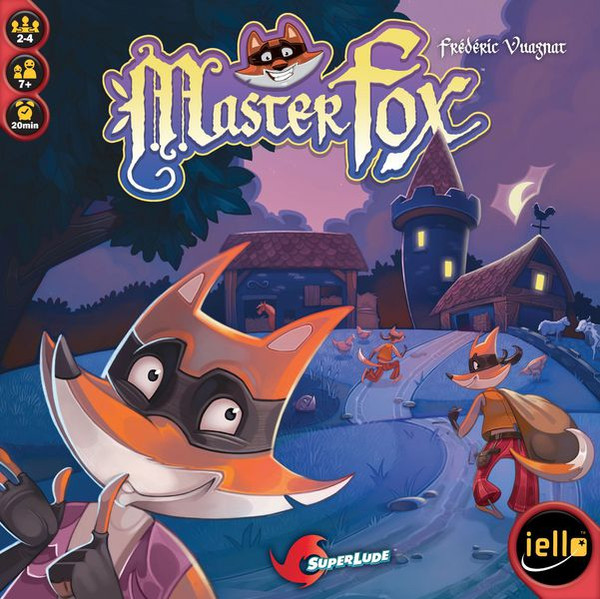 The famous Master Fox is getting old and looking for his successor amongst the intrepid thieves of the forest. It could be your chance to prove your skill as a thief and take his place! To impress the old fox, you must complete the missions he'll give you and bring him the biggest loot from the nearby cottage. But you're not the only ambitious young fox around here... Each round in Master Fox, you flip three cards to reveal the animals you must capture, then shuffle the pawns inside the box, put on your fox blindfolds, and start feeling around with your hand for the right pawns! But your bag isn't big enough to hold more than four catches, so you can't grab everything you touch... Whenever you think you have the right pawns, shout "Stop!" to end the round. Everyone scores one point for each wanted pawn in his bag, but loses one for incorrect or extra pawns. Later rounds add tricks to the game: Catch fox cubs for extra points, steal from your opponent's bags with sneaky snakes, or defend yourself with the mighty hammer! Whatever you do, don't be hasty because the shapes can be deceiving!

The Fox in the Forest

Ashes Reborn The Masters of Gravity

The Fox in the Forest Duet

MSRP:
Was:
Now: $18.99
-OUT OF STOCK- please contact us about ordering this item