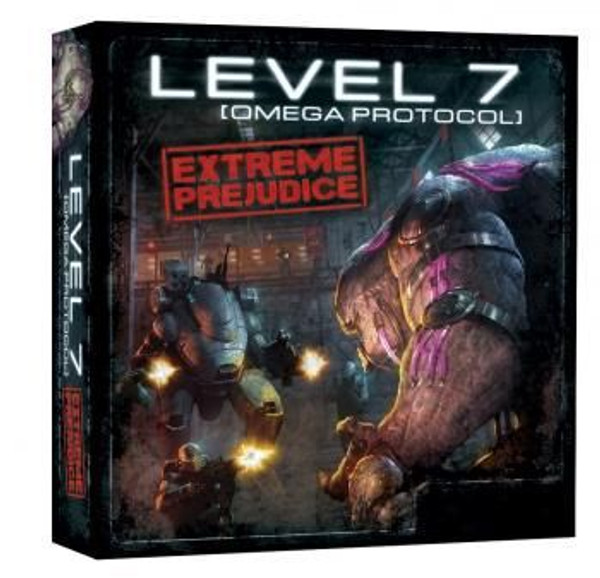 After the Agency executed Omega Protocol, Subterra Bravo was nothing but a smoldering crater. We thought there were no survivors. We were wrong. Dr. Cronos is at large. A new team of Agency commandos, call sign Tin Man, has tracked the rogue alien to a secret research facility in Russia. Their mission: exterminate. Meanwhile, Cronos has revived Russian experiments incorporating Ghin technology. In his new Russian collaborators he has found the means to protect his nefarious research. To reach Cronos, the commandos will first have to go through his army of Spetznaz and confront a new genetically engineered nightmare. But Tin Man has a hulking mech suit bristling with weapons and high-tech capabilities, as well as an unlikely ally in Thoth, a Ghin scientist with powerful psychotronic abilities and the sworn enemy of Dr. Cronos. Extreme Prejudice is an adrenaline-fueled expansion for LEVEL 7 [OMEGA PROTOCOL], a semi-cooperative board game of miniatures-based tactical combat for 2–6 players. Includes five new scenarios, three new enemy types, and two new commandos.