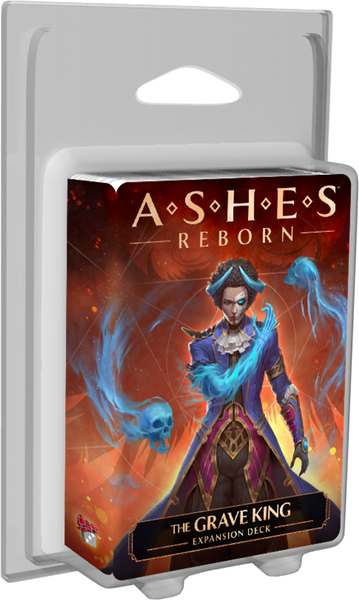 *EXPANSION, requires base game to play*

Ashes Reborn is Ashes version 1.5! Why 1.5? We’ve gone through every single card that has been released for the game and have assessed and reevaluated each one. It’s the same game you’ve always loved, but many cards have been reworded, improved, or rebalanced.

From the disease-ravaged city of Marrowden, comes the stench of death, and the staggering shapes of fallen warriors. James Endersight would lay claim to the ultimate prize, and there is no price too foul for him to pay. This talented sociopath wields his power, stripping the living of their flesh, and raising their bones to do his bidding.
James feeds off Divine and Ceremonial magic to raise the dead.

Ashes Reborn The Children of Blackcloud

Ashes Reborn The Spirits of Memoria

Ashes Reborn The King of Titans

Ashes Reborn The Goddess of Ishra

MSRP:
Was:
Now: $35.99
-OUT OF STOCK- please contact us about ordering this item

Battletech: A Game of Armoured Combat