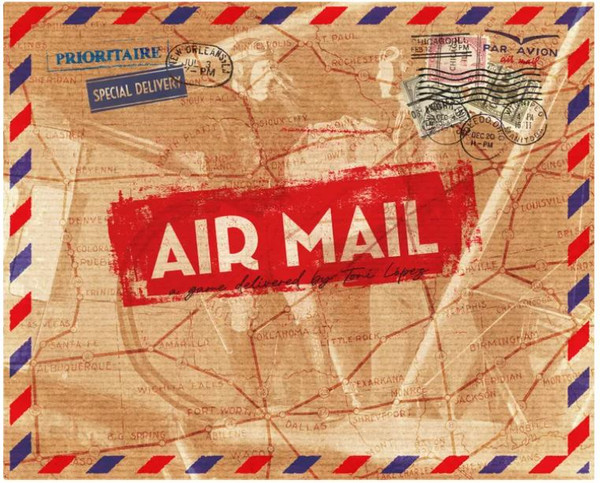 Step into the shoes of an aviation tycoon and manage one of these companies competing for the contracts to establish and operate the first airmail service.

Grab the incentives offered by the government by plotting the most efficient routes and developing the technology that will allow you to build the most autonomous and reliable models.

Whoever can make the most profit for their company will win.

Get ready for Airmail to take off!

The aim of Airmail is to make the most profit for your company.

There are three main ways to earn revenue:

To achieve all of the above, you will have to plot and extend your own routes by connecting the different divisions, playing concession cards and asking for government subsidies.

Heroes of Land, Air, and Sea

MSRP:
Was:
Now: $46.99
-OUT OF STOCK- please contact us about ordering this item