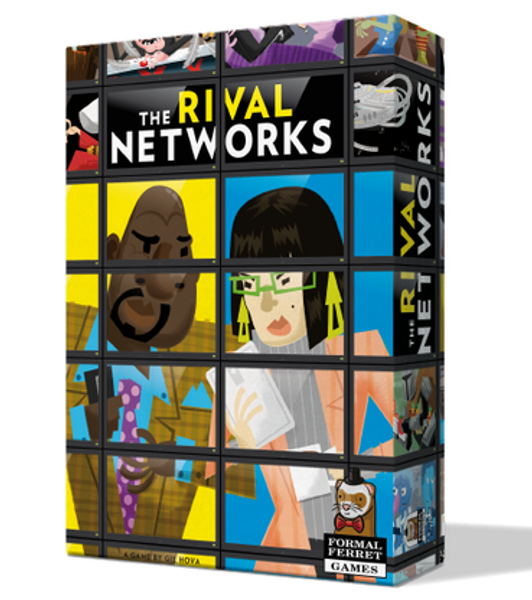 Shows go onto one of your time slots, giving you Ratings Points and Viewers there. Stars go on Shows, adding to that time slot's Ratings Points. You'll spend your Ads to buy powerful Network Cards that give you various abilities.

You'll also score a bonus if you ever get at least 3 Shows of the same Genre during the game. And you can score bonus Viewers at the end of each Season by leading in the most Time Slots, and by achieving certain Awards.

The player with the most Viewers at the end of the game wins!

Roll for the Galaxy: Rivalry Expansion

MSRP:
Was:
Now: $94.99
-OUT OF STOCK- please contact us about ordering this item

The Isle of Cats: Late Arrivals