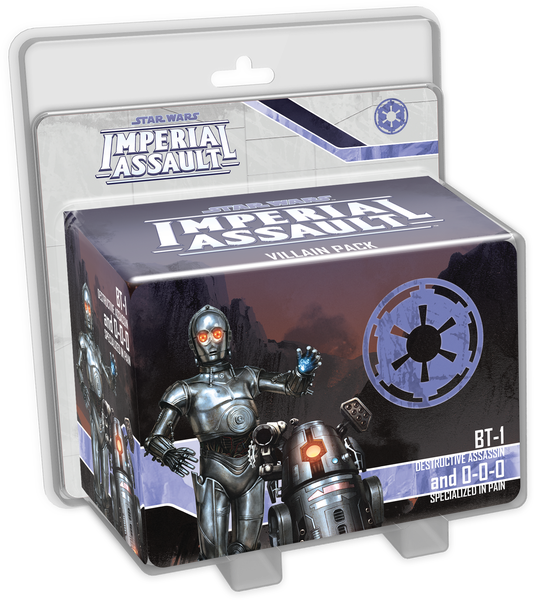 First introduced in the Darth Vader comics, BT-1 and 0-0-0 serve the interests of the Galactic Empire with a special relish for destruction. 0-0-0 is a protocol droid specially equipped to interrogate and eliminate captives, while BT-1 possesses enough hidden firepower to destroy an entire squad of enemy soldiers. With their unique skills, you can field these two droids in any Imperial strike team with the release of the BT-1 and 0-0-0 Villain Pack. No matter where your Imperial Assault campaigns take you in the Star Wars galaxy, the Rebel heroes will have reason to fear to glowing red displays of BT-1 and 0-0-0. A new campaign Agenda mission challenges the heroes to rescue prisoners from an Imperial interrogation facility on Kessel and you'll find a new skirmish map with two unique missions, giving you the opportunity to battle through the twisted corridors of the Tarkin Initiative Labs.

MSRP:
Was:
Now: $15.99
-OUT OF STOCK- please contact us about ordering this item