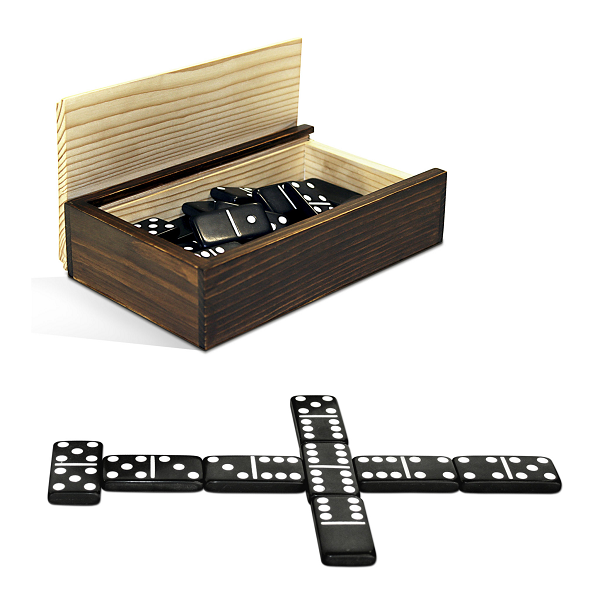 Everyone’s favourite Double 6 Black Dominoes with White Dots now come in a wooden box for easy storage. Dominoes, first made from ivory or bone, are descendants of dice. The bones became known as dominoes from their resemblance to the style of a half-mask featuring a black and white pattern called domino. Western dominoes typically include 28 bones, with six bones having blank sides. This represents the outcome of the throw of one die. Dominoes, like playing cards are extremely versatile. There is a wide array of games that can be played with a set of dominoes !